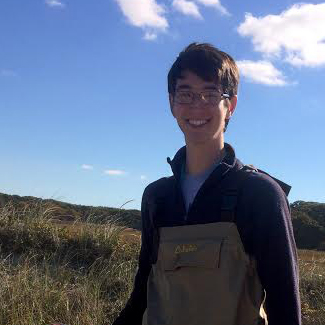 Alexander Okamoto worked in the Sereno Fossil Lab all four years of his undergraduate time at the university. He received a biological sciences major focused on ecology and evolution and a HIPS minor.  He had been volunteering in the lab since the spring of his first year and became the Undergraduate Lab Manager during his fourth year, preparing bones and training student preparators. He worked as a teaching assistant for both Paul’s Dinosaur Science and Vertebrate Structure and Function classes, teaching students geology, anatomy, excavation techniques on the week-long field trip to Wyoming (DS), and skeletal mount preparation techniques (VSF). Alexander completed an honors thesis through Neil Shubin’s lab, completing an honors thesis on the role of HOXA13 genes in the development of the zebrafish pectoral fins.

Alexander was also a very active member of the University of Chicago PaleoClub. He was the Event Coordinator during his second year, then he was President for two years, inviting a wide array of speakers, planning a variety of events, and ultimately winning the Campus Life and Leadership Award.  He also captained the UChicago Collegiate Bridge Team and was an active member of the Outdoor Adventure Club.

Alexander is currently working in Nipam Patel’s lab studying crustacean body plan evolution at the Marine Biological Laboratory in Woods Hole, MA. He was recently awarded the NSF Graduate Research Fellowship and will start as a Ph.D. student in the Human Evolutionary Biology department at Harvard University in the fall.